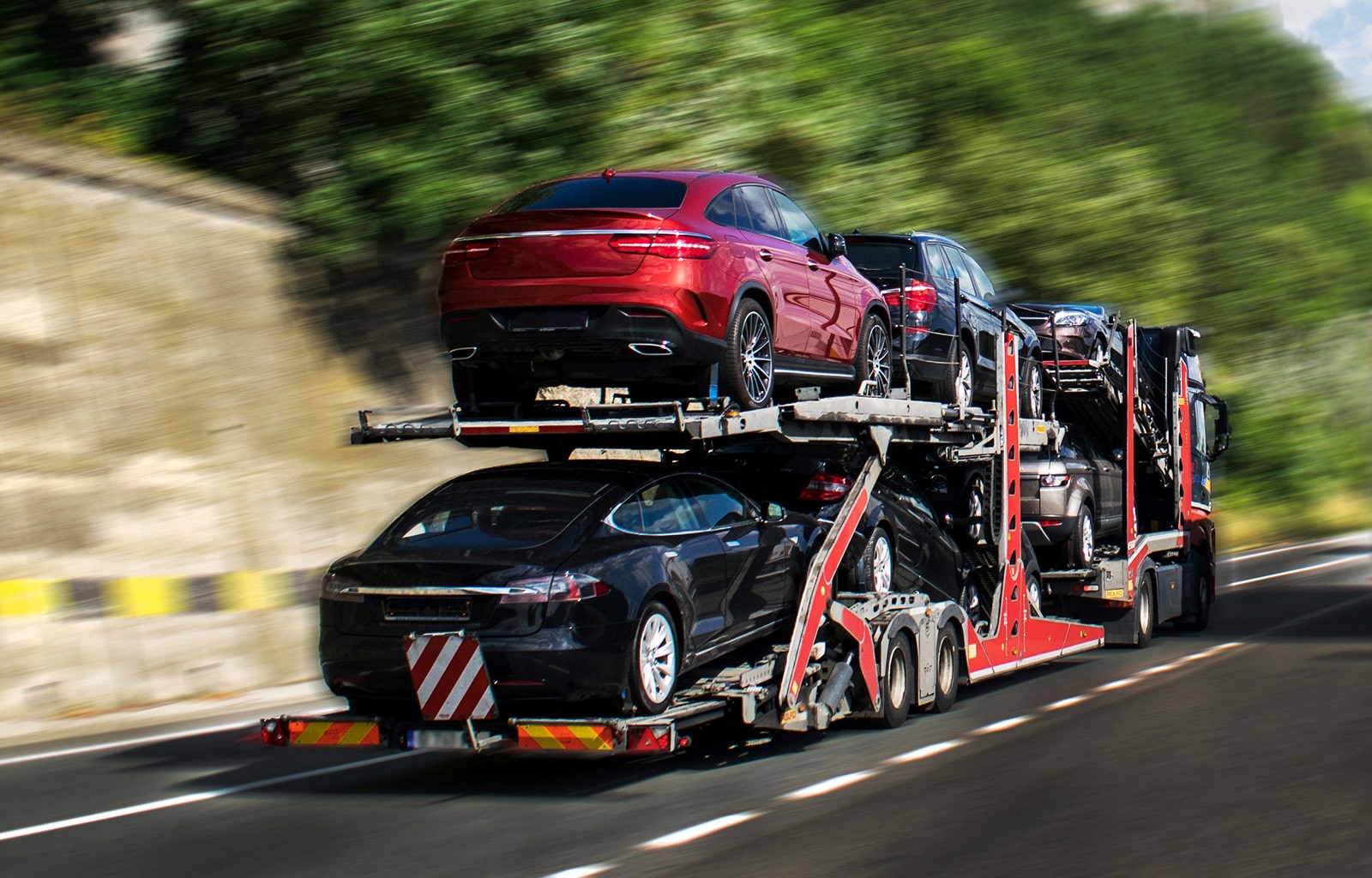 Passenger vehicles can be transported via truck using auto transport trailers. This type of trailer is also known as a car hauler or vehicle-carrying trailer.

Modern designs are separated into either enclosed or open. The majority of commercial trailers are equipped with integrated ramps that facilitate the loading of vehicles, and with power hydraulics that lower and raise ramps to ensure separate accessibility.

Vehicle carrying trailers sized for commercial purposes are mainly transporting new vehicles from manufacturers to car dealerships. However, another big industry in the United States is the transportation of second-hand cars. It’s used by owners that opt to ship their vehicles, as opposed to driving them for relocation, and even by buyers that purchase used cars (especially on the online market) and need someone to transport them to their address.

Similarly to most semi-trailers, the majority of commercial car haulers are attached to tractors through a fifth-wheel coupling system. Enclosed trailers possess walls, just as conventional box trailers, that ensure more protection to shipped cars while being detrimental to their shipping capacity.

Open trailers allow a greater carrying capacity through their common design with a skeletal steel tube at the cost of greater exposure of the cargo to external elements. A typical commercial carrier fits 5 to 9 vehicles, depending on the size of the cars and the model of the trailer (up to a maximum weight cap of 80,000 lbs. and limited to road vehicles according to U.S. law). However, in other parts of the world they have vehicles with a higher-capacity driving on public roads such as the side-by-side Chinese loading model.

Open commercial vehicle trailers are usually designed with two decks, each of them being subdivided into multiple storage and loading ramps that may be lifted and tilted independently of each other with hydraulic devices. Unlike flatbed towing trucks that usually transport non-driving cars, vehicle carrier trailers do not have winches or loaders, but rely on cars being driven during the loading process.

The hydraulic device of the trailer allows the alignment of the ramps on slopes, which ensures the driving and securing of vehicles with chains, wheel straps, or tied-down ratchets to the ramp floor. Afterwards, optimizing the stacking can be done by tilting the ramp in the needed direction.

The hydraulic device of the trailer is operated by a designated box mounted directly onto the trailer.

Some trucks have a special “overhead” meant to expand the storage capacity. These stinger units, as the trucks are called, have the extra storage unit fixated above the cabin, being accessible solely from the upper ramp of the vehicle carrier trailer. It makes it possible to load up to three cars: two over the tires and 1 on the roof.